The idea of pushing ads at people who have made a deliberate choice not to see them might seem bizarre. But as a demo that’s young, male-skewing and tech-focused, they’re an attractive audience for certain advertisers. Ironically, in their extreme measures to reject the interest of advertisers, ad blockers are just making advertisers more interested. Think of it as the negging of The Ad Game.

“We have long anticipated that ad blocking would eventually reach a level where some brands would be unable to reach their audience,” said Sean Blanchfield, CEO of PageFair, which sells tech that circumvents ad blockers. “This is now happening, and agencies that represent video games brands (e.g., Xbox, Playstation, EA, Activision and Ubisoft) are beginning to actively seek a way to market to ad block users.” 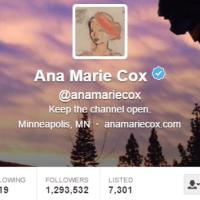