+Commentary: Clearly waiting 10 hours & then poaching a popular tweet is what is called bad ‘social listening’ ~ if after 10 hours you can’t be original, hire someone who can, preferably a black social media person. They would have helped in what can only be called the greatest shot, then miss:

"Cheddar Bey Biscuits" has a nice ring to it, don't you think? #Formation @Beyonce pic.twitter.com/QzgVtYAKNo

If you are a social media manager, and you run a major corporation who gets tons of free PR from the release of a song. Even if there are curse words used in the same sentence that mentions your brand. You have to embrace that, work with that, and most of all, be original.

Surely the first time we saw usage of this particular response was from the same person who brought us #OscarsSoWhite two year sin a row, and a trail blazer. (not by her own omission as the originator) From her it was funny:

Listen. @redlobster is really failing by not capitalizing on #Formation. They need to be advertising Cheddar #Bey Biscuits. 🐝

From you it was tone-deaf. It was the lowest hanging fruit you could pick. Now you have a spoof account of DeRay’s vest clowning you, and the target audience you would hope to capitalize on:

Red Lobster social media team, working all day on a tweet about Beyoncé's Formation. "Got it! Cheddar Bey biscuits!" pic.twitter.com/WxItq0YbNp

Which if we are clear, is exactly how a great deal of the influential people who are ever-present on social media saw your tweet.

That is a lose-lose. So let’s review what you did wrong:

Now you are “on a roll” but the crowd have you over a biscuit:

You try to bake Cheddar Bay Biscuits and tweet at the same time! #harderthanitlooks #Formation

@deray Not gonna lie: when we first heard #Formation, we were speechless!

Don’t do this Red Lobster, hire someone better, fire the current person doing it, and get your act together. 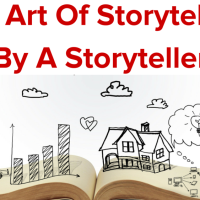