Yeah… I’ma tell you like Will Evans told me: if somebody messages something reckless / ignorant / snarky at you, “Mmm–How many followers they got? Only 127 people care what this cat got to say? Not Even worth the time.” That’s been my litmus test for twitter fingers for the longest. Jordan breaks that shit down into math, “I don’t respond to people with 40,000 tweets and 400 followers.”

+Commentary: This is an interesting and very funny look at the psychology behind Twitter, with some really great tips & hints.

END_OF_DOCUMENT_TOKEN_TO_BE_REPLACED

Who knew? Oh yeah, those of us who used to work in media.

This pair of articles, from incensed, and righteously indignant folks about this seeming new phenomenon which can’t be anything other than a fresh awakening to the economics of the situation they fostered, created, and now are suddenly upset by.

Let’s deconstruct for a few minutes, shall we the systemic problem, not the “new” one that they seem to make this. It is no different from any systemic problems, and the same people get rich off the unpaid labor of the many are doing so in this situation. END_OF_DOCUMENT_TOKEN_TO_BE_REPLACED

END_OF_DOCUMENT_TOKEN_TO_BE_REPLACED

This is tasteless on so many levels, using Straight outta Compton face-swapped with politicos while invoking our sitting African-American President? So many wrongs.

Apparently they got carried away with all the momentum behind #DeleteYourAccount→

END_OF_DOCUMENT_TOKEN_TO_BE_REPLACED

There’s Nothing Bolder Than Being Yourself

Doritos is showing its support for LGBT teenagers with limited-run rainbow chips. Which signals that branding-wise it is moving into a rather mainstream territory highlighting an almost generational divide, or social media’s progressive side. As brands seek to highlight their diversity and inclusion, not just for the small communities of marginalized voices, but for the benefit too of their loved ones, friends and family.  END_OF_DOCUMENT_TOKEN_TO_BE_REPLACED

Should Your Brand go Gay-For-Pay During Pride Season?

Wondering if your brand should show support for Marriage Equality or Pride Celebrations? 2015 seemed to confirm that you should.

So, in case you weren’t on Social Media (*gasp*) since Friday morning, in which case this post might be irrelevant to you, then you might not have noticed the profusion of rainbows coloring every icon, profile picture, and post. They were kind of hard to

miss, as statistics rolling in on Monday morning proved. You can be forgiven, or even granted immunity, if you didn’t greet this with an enthusiastic embrace, don’t worry not all of us did either. END_OF_DOCUMENT_TOKEN_TO_BE_REPLACED

Deriving from “stay awake,” to stay woke is to keep informed of the shitstorm going on around you in times of turmoil and conflict, specifically on occasions when the media is being heavily filtered- such as the events in Ferguson Missouri in August 2014.

+Note: It means the term has jumped the shark. It means we can retire the phrase now, because if the head of one of the least diverse companies can wear it, in the presence of Deray, then it really doesn’t mean anything anymore. This response from the article perfectly sums it up:  END_OF_DOCUMENT_TOKEN_TO_BE_REPLACED

The UCF Chickfila ain't playing no games with their fresh Lemonade 😂😂😂 pic.twitter.com/nttHTQb1Nw

END_OF_DOCUMENT_TOKEN_TO_BE_REPLACED

The graph represents a network of 448 Twitter users whose recent tweets contained “databythebay”, or who were replied to or mentioned in those tweets, taken from a data set limited to a maximum of 18,000 tweets. The network was obtained from Twitter on Wednesday, 18 May 2016 at 18:18 UTC.

END_OF_DOCUMENT_TOKEN_TO_BE_REPLACED

On today’s edition of Delete That Tweet [DTT:], we focus on this:

If an article is good, you really don’t have to write an inflammatory headline, to wedge into a trending topic like you are a tabloid magazine. This is a fact.

END_OF_DOCUMENT_TOKEN_TO_BE_REPLACED

So the seemingly harmless tweet above was trolled very hard and specifically. Causing us to note, but also finding it had longevity beyond just the day  it happened (a weekend, so went largely unnoticed or unreported upon) and today sees it trending again for being called out by Senator & former Presidential hopeful John McCain’s son.

To the people upset about the #OldNavy "Scandal" of an a picture of a mixed race marriage, eat it. @Reneeitchka pic.twitter.com/yA5YwbZRcm

END_OF_DOCUMENT_TOKEN_TO_BE_REPLACED

Yes. Yes they did!

We got a response from the “consultant” that created this post (and pictured above), placed it on several different sites, and still can’t explain why it is offensive or what branding purpose it serves other than as a test. So we are going to politely as we can unpack her statement below of how she “did help us understand it” and why she is so gleefully looking forward to us “publishing” it. She isn’t quite sure what she got herself into, so let’s help her.

@GLEAMsocial Yes! (I posted that image) I did help you understand it. I left a comment on your post. Looking forward to seeing it published.

END_OF_DOCUMENT_TOKEN_TO_BE_REPLACED

Expect a more thorough analysis to follow, this made us laugh in the debate of Instagram’s new algorithmic timeline/feed. Currently we are enjoying the humorous reactions to the change. Not unlike previous ones, but funny because IG is the darling for everyone except us!
END_OF_DOCUMENT_TOKEN_TO_BE_REPLACED

Lessons from the Dark Side of Social Selling

What happens when your safety record, or commitment to it, is called into question over a tweet, status update or even a poor review on Yelp!? What are people saying about your brand that you might not even be aware of? Social listening is an essential tool in your arsenal, and Google Alerts has been useless for years and yet almost every person we talked to counts on this worthless feature. So what can we learn from these incidents?

END_OF_DOCUMENT_TOKEN_TO_BE_REPLACED

Hair Tattoos = the next beauty trend you desperately need in your life:

Offense: #CosmoHeadlines in 2011, 2013, 2014 & now again it seems they can’t help tweeting the wrong thing, composing a stupid headline, or making a comparison that will get the ire of everyone. Can’t find it, but as recently as last week they had another offensive tweet. Perhaps slightly longer. This is really a signal that whatever intern they have managing their globally recognized brand is making waves once more. Deleting & moving on is one way to deal with it, but remember screencaps are forever. END_OF_DOCUMENT_TOKEN_TO_BE_REPLACED

END_OF_DOCUMENT_TOKEN_TO_BE_REPLACED

Offense? Being rather culturally insensitive & going out of their way to craft a picture of trash bags with gold chain & a sunglasses to emulate Bruno Mars & Dance Crew during their Super Bowl 50. Who wouldn’t be flattered? Or maybe they were hoping to display some edgy millennial humor? Either way, a clear #Fail.

END_OF_DOCUMENT_TOKEN_TO_BE_REPLACED

Tales of your Downfall are greatly exaggerated, they always are

Another Day, another rumor that sparks furious condemnation of Twitter for daring to change. Of course it trends. Its users, power or otherwise, influencer or not, seem to have very strong feelings about something they neither know much about or have investigated more than say, listening to what others have tweeted. Except to say Twitter is ‘becoming Facebook’ … algorithm this…non-chronological…

Further to this, one has to wonder why all the complaining, why grab the pitchforks, light the torches, swear (rather less than persuasively) you’ll stop using it…

END_OF_DOCUMENT_TOKEN_TO_BE_REPLACED

One of the biggest, and rising, criticisms of Twitter is that the platform has become a haven for spam and junk, to the point of being useless as a news and information source. Spend any time on Twitter and you’ll see this; people who connect with you just so they can hit you with spam messages via DM; automated bots tweeting out the same, promotional messages over and over again; link-dropping that’s so repetitive it becomes totally meaningless. Check out the stream linked to any trending hashtag and you’ll see dozens of off-message, spam tweets with the associated hashtag tacked on, trying to hijack attention. It’s annoying, for sure, and a side-effect of the platform’s popularity, but can it be stopped or negated somehow?

END_OF_DOCUMENT_TOKEN_TO_BE_REPLACED

It’s been confirmed there are three lucky winners of the record-breaking $1.5 millionPowerball jackpot. This man, Erik Bragg, claims to be the one from Chino Hills, California. We’re pretty positive, however, that he is not. END_OF_DOCUMENT_TOKEN_TO_BE_REPLACED

Crocs’ tribute to David Bowie lasted less than an hour.

Crocs has bowed to teasing it received after posting a tweet in tribute to late music legend David Bowie, deleting the post less than one hour after publishing it.

[More appropriate Tributes at links below]

…is not the same as everyone talking about it 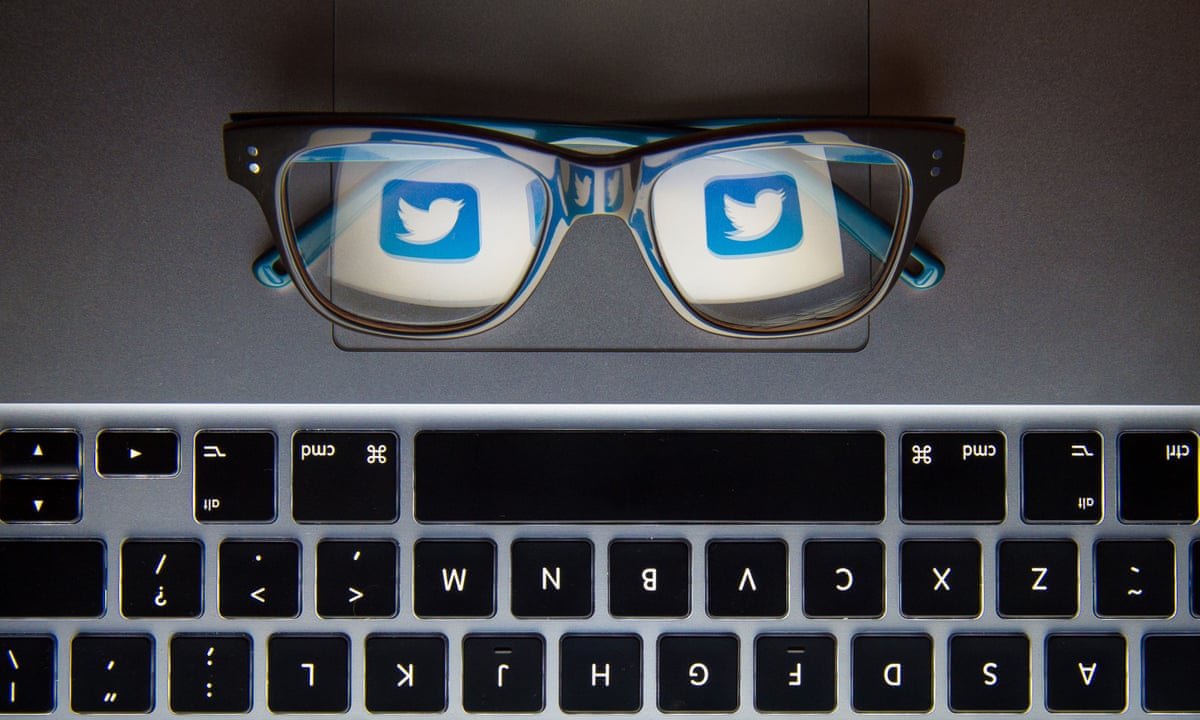 Twitter’s status as a platform for public debate is a dog-whistle platitude that has become the gilded shield of First-Amendment-waving journalists everywhere, like our very own #NotAllMen hashtag, to justify the mishandling – and, in some cases, even endangerment – of our sources for digital stories (and, yes, tweets should be considered sources).

Theoretically, anyone can stumble upon your unprotected tweet; therefore, we can embed your tweet in our news story without informing you or asking your permission. But just because journalists can exercise that power, does that mean we ought to?

People Are Pissed About These Tweets From the Times Square Ball (Yes, You Read That Right)

We followed the account for the Times Square Ball when it first popped up last week and were a little surprised at how radically insensitive they could be & only moments from that magic hour sent out a completely regrettable tweet:

Soon it was seen & retweeted by many with calls to delete both the tweet, plus their account. We’re not even sure if Twitter is an appropriate place for an inanimate object that is the focus of everyone’s attention is even worthy of a Twitter account, but certainly whoever was in charge of sending out the tweets, mostly pablum, certainly should have thought much harder about making light of Black Lives Matter or even using All Lives Matter as a jumping off point for a joke tweet.

The tweet was deleted within about 15-20 minutes, but damage was done. It won’t certainly be a great stain on the institution that is whatever company is the Times Square Ball, but stresses that one needs to take great care when hiring people to manage your accounts. The rest of the tweets were just a mish mash of punny humor, and interactions. But reminder that all it takes is one ill-thought out tweet to ruin the whole thing.

Read the sad story & reactions to the tweet at the link below:

Source: People Are Pissed About These Tweets From the Times Square Ball (Yes, You Read That Right)

END_OF_DOCUMENT_TOKEN_TO_BE_REPLACED

If your company is on Twitter, and people are talking about you, but your competitors are the ones responding to them… it's not good.

END_OF_DOCUMENT_TOKEN_TO_BE_REPLACED

Which do you use?

How do you use #SocialMedia to communicate to your customers?

How do you use #SocialMedia to communicate to your customers? (embedded tweet below)