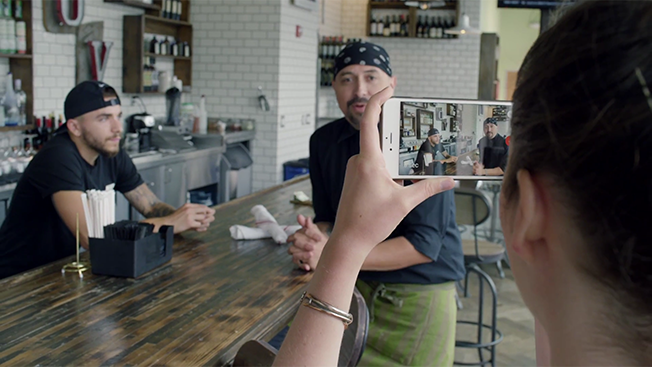 YouTube wants to turn video ads on its platform into a DIY possibility for small- and medium-sized businesses. Today, Google is launching three ways for SMBs to create video ads for YouTube that are—at least for the most part—free.

Hamburger, hamburger, taco, praise hands? Yes, we know you’re hungry by the emojis you tweet out, and now advertisers will too.

Twitter has unveiled a new feature allowing advertisers to target specific users with splashy ads, all based on the emojis they tweet out with their daily musings.

With more than 110 billion emojis tweeted out since 2014, this could be a massive cash cow for advertisers.

+Note: Could Facebook & the others be far behind? Tell us your thoughts in the comments below about being targeted by your emoji usage.

The question is: Do algorithmic feeds create a better user experience or do they enable social platforms to better serve advertisers?

When Instagram announced that it would be using an algorithm to order content, the decision was justified in part by the claim that users are missing out on 70 percent of the content they’re subscribed to; an algorithm could potentially show users more of what they follow. This provides a natural boost to advertisers, given how Instagram users engage with brands on the platform.

Tell us in the comments your thoughts about Algorithmic vs Chonological:

“People don’t want to be interrupted by advertising. They want to engage with it on their own terms, when they’re in consumer mode and thus in the proper mindset to listen to a brand’s messaging.” …

Dear Forbes, we are not giving you another chance, we unblocked you (or actually paused Adblock) previously and the results were disastrous. You will not fool us into a second chance. “Lengthen Your Healthspan” and improve your site by not promising things like “ad-light” experiences. That is not L.E.A.N or a D.E.A.L.

END_OF_DOCUMENT_TOKEN_TO_BE_REPLACED

Back in October, Mr. Cunningham penned an open letter on behalf of the IAB (Interactive Advertising Bureau) telling content providers and others, “We messed up.”

END_OF_DOCUMENT_TOKEN_TO_BE_REPLACED

One of the biggest, and rising, criticisms of Twitter is that the platform has become a haven for spam and junk, to the point of being useless as a news and information source. Spend any time on Twitter and you’ll see this; people who connect with you just so they can hit you with spam messages via DM; automated bots tweeting out the same, promotional messages over and over again; link-dropping that’s so repetitive it becomes totally meaningless. Check out the stream linked to any trending hashtag and you’ll see dozens of off-message, spam tweets with the associated hashtag tacked on, trying to hijack attention. It’s annoying, for sure, and a side-effect of the platform’s popularity, but can it be stopped or negated somehow?

END_OF_DOCUMENT_TOKEN_TO_BE_REPLACED

Whose viewership data should Hollywood trust? A tech firm’s suspicious “outing” lays bare the anger and frustration of networks forced to compete with secrecy.

But it also illustrated in stark terms the key tension in the television business in 2016: How should success be measured, and whose data should the industry trust?

“It’s important to know that TV actually is growing very well, and streaming originals … are supplementing it,” says Symphony CEO Charlie Buchwalter. The company tracked media consumption for NBC with Shazam-like audio-recognition technology, parsing through data from 15,000 smartphone users who have its app. 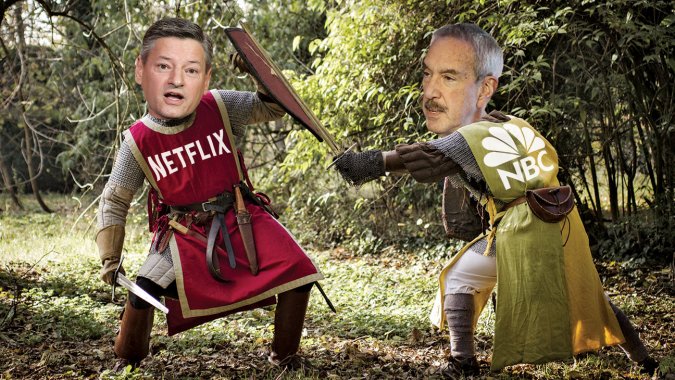 But critics quickly doubted the data could be trusted, suggesting the move backfired on NBC. “Given what is remarkably inaccurate data, I hope they didn’t spend any money on it,” Sarandos quipped, adding, “Why would NBC use their lunch slot to talk about our ratings? Maybe because it’s more fun than talking about NBC ratings.”

Can brands penetrate the wall that consumers are building to block their ads? Huib van Bockel, the former head of marketing for Red Bull and author of The Social Brand, says the answer is ‘no’. And they shouldn’t even try.

It may be a grim comparison but in those cases we are essentially in our little bunker trying to shield ourselves from the very ad messages we create, while bombarding others who haven’t got around yet to download the ad blockers. But they will. If there is one thing we know about the human race: it’s that when it gets targeted, when it feels attacked; it will defend itself, it will build a wall. And that is exactly what they are doing now.

+Note: This an honest assessment of the willful blindness that some marketers go through in order to try and circumvent the wave of blocking that is sweeping the industry.

So if you wanted to cast a vote against the attention economy, how would you do it?

There is no paid version of Facebook. Most websites don’t give you the option to pay them directly. Meaningful governmental regulation is unlikely. And the “attention economy” can’t fix itself: players in the ecosystem don’t even measure the things they’d need to measure in order to monetize our intentions rather than our attention. Ultimately, the ethical challenge of the attention economy is not one of individual actors but rather the system as a whole (a perspective Luciano Floridi has termed“infraethics”).

In reality, ad blockers are one of the few tools that we as users have if we want to push back against the perverse design logic that has cannibalized the soul of the Web.

+Note: The entire thing, and the comments are a great read!

Yet a study published in 2015 found that sex takes up so much of our ‘limited attentional capacity’ that it impairs our ability to remember what’s being advertised. Not only does sex “not help” when it comes to selling stuff, it can have a detrimental effect on an advert’s overall effectiveness.

Combine this with the outrage against Protein World’s ad campaign, an increasingly feminist culture, and the demise of lads’ mags and you could infer that sex as a device to sell is outmoded. Except it’s not that straightforward.

+Notes: Do expect a much lengthier analysis & commentary. This piece is chock full of great information, and ideas. Posting this because it really jumped out & drew me in. Feel free if you’ve read it to leave your comments below

“Highly unlikely” would probably be how you’d have responded a year ago to someone telling you two of the largest tech companies in the world — Apple and Google — would both try to fix mobile advertising by blocking ads, but that’s currently the case.

For instance, much has been made of a new feature allowing iPhone and iPad owners to block advertisements in Safari when iOS 9 debuts –with the rationale that it will enhance web browsing. But Google’s recent decision to start penalizing websites featuring app install ads –intrusive ad units that slow page load times and engulf the entire screen — might be a more significant way to improve the browsing experience.

+Note: Good read if you do any sort of display advertising!

What is a world in which commercials make you cry?

In his book named after the idea, sociologist Stjepan Meštrović describes contemporary Western societies as postemotional. By invoking the prefix “post,” he doesn’t mean to suggest that we no longer have any emotions at all, but that we have become numb to our emotions, so much so that we may not feel them the way we once did.

This, he argues, is a result of being exposed to a “daily diet of phoniness”: a barrage of emotional manipulation from every corner of culture, news, entertainment, infotainment, and advertising. In this postemotional society, our emotions have become a natural resource that, like spring water, is tapped at no cost to serve corporations with goals of maximizing mass consumption and fattening their own wallets. Even companies that make stuff like gum. END_OF_DOCUMENT_TOKEN_TO_BE_REPLACED 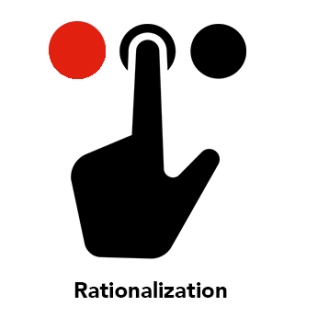 END_OF_DOCUMENT_TOKEN_TO_BE_REPLACED

Now, it’s reasonable for me to expect that the site requires a revenue stream. It’s reasonable to expect that there’ll be some way to monetise my presence there. But that’s it; that’s where the line is. In every other context in life, I get to choose whether to participate in the resulting transaction. With advertising, though, you’ve made the decision for me – in fact, several decisions: the means, format, and currency of exchange.

It’s the last one that’s particularly troubling. Without even giving me the chance to opt out, you’ve declared – as soon as I stepped in the door, and before I’ve looked around – that I owe you the currency of attention. END_OF_DOCUMENT_TOKEN_TO_BE_REPLACED 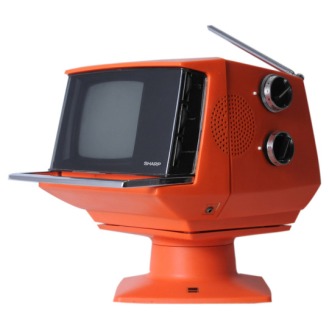 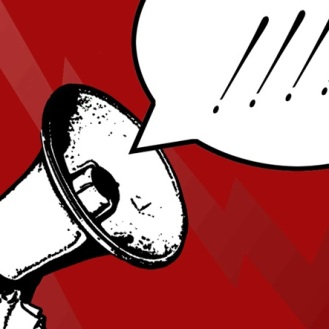 END_OF_DOCUMENT_TOKEN_TO_BE_REPLACED

What You Think You Know About the Web Is Wrong

If you’re an average reader, I’ve got your attention for 15 seconds, so here goes: We are getting a lot wrong about the web these days. We confuse what people have clicked on for what they’ve read. We mistake sharing for reading. We race towards new trends like native advertising without fixing what was wrong with the old ones and make the same mistakes all over again. END_OF_DOCUMENT_TOKEN_TO_BE_REPLACED

Not a day goes by without another viral content mill popping up, or announcing how many millions of page views it has managed to accumulate within a short span of time. If I didn’t know any better, I would be incredibly envious of the position sites like those find themselves in. Just take a look at the growth and traffic data for these sites recently published by Business Insider.

Business Insider — as well as Buzzfeed, Upworthy, and a growing number of others –  definitely show impressive traffic numbers, but are they a good indicator of a successful business?

END_OF_DOCUMENT_TOKEN_TO_BE_REPLACED 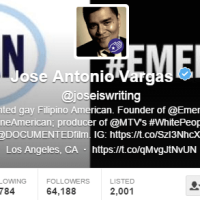 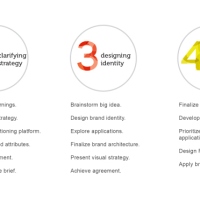